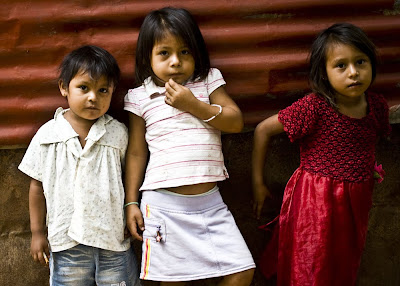 Holding Up Half the Sky
local girls from Barrio Esperanza in Granada, Nicaragua go back to school through Kathy Adam's Empowerment International ©2008 trryan
If you do nothing else this week - checkout this past weekend's edition of the Sunday New York Times Magazine. Almost the entire 56 page spread is dedicated to addressing what is surely the seminal moral challenge of our time: the oppression of women worldwide. What anchors this issue is an excerpt from a passionate and powerful new book by Pulitzer-prize winning journalist and Times Op Ed columnist Nicholas Kristof and his wife, Pulitzer-prize winning author Sheryl WuDunn, called "Half the Sky - Turning Oppression into Opportunity for Women Worldwide". 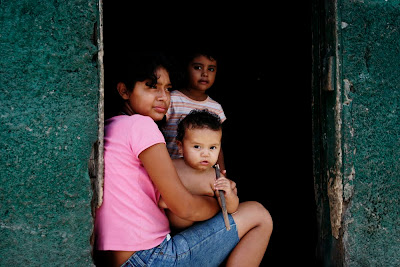 Granada Family, Nicaragua ©2008 trryan
Kristof says that "the oppression of women worldwide is the human rights cause of our time. And their liberation could help solve many of the world's problems, from poverty to child mortality to terrorism."
That kind of statement should merit everyone's attention and if the excerpt in the Times Magazine is any indication - this book, in stores next month, is a not only must-read but a clarion call to action for all of us. 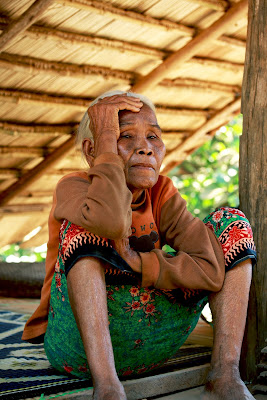 Female Krung Elder - Ratanakiri Province Hill Tribe - Cambodia ©2009 trryan
Kristof and WuDunn write that if the paramount moral challenge was slavery in the 19th Century and totalitarianism in the 20th Century - in this century the overwhelming moral challenge is the brutality inflicted on so many women and girls around the world: sex trafficking, slavery, acid attacks, no access to medical care and education, bride burning, and mass rape. In most cases these atrocities easily escape the fatally blind and discriminatory arms of the law. "Yet," they write, "if the injustices that women in poor countries suffer are of paramount importance, in an economic and geopolitical sense the opportunity they represent is even greater." 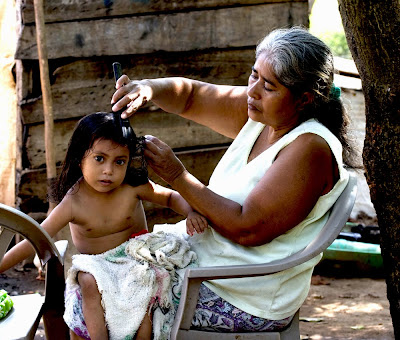 Empowerment International, Barrio Esperanza, Nicaragua - ©2008 trryan
"'Women hold up half the sky,' in the words of a Chinese saying, yet that's mostly an aspiration: in a large slice of the world, girls are uneducated and women marginalized, and it's not an accident that those same countries are disproportionately mired in poverty and riven by fundamentalism and chaos." The pair add that there is a growing recognition that focusing on women and girls is the most effective way to fight global poverty and extremism. "The world is awakening to a powerful truth: Women and girls aren't the problem; they're the solution." 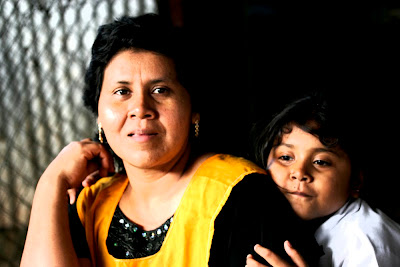 Masaya Market Portrait, Nicaragua ©2008 trryan
And so why is a travel and nature blogger posting today about women's rights? In 25 years of traveling around the globe it has been much too easy to find places in the world where gender equality is not accepted as a universal right -- and it is heartbreaking at every instance. But more importantly, I am the product of a lifetime of strong and compassionate women who watched over my world and held the sky over my head so that I could grow to the man I am today. It is a debt I owe them - the hopes that all women in the world could enjoy the same empowerment and all children enjoy the same sheltering sky. In my next post - I pay tribute to these women who watch over the world.
I encourage you to read the entire magazine and the other six investigative articles on crimes against women that accompany the Kristof/WuDunn piece in the magazine. And the link to purchase the book, "Half the Sky", is here. The book offers a number of ways that ordinary citizens like you and me can make a difference.
Following Kristof and WuDunn's call for action, later in the week I'll be introducing you to some of the heroes I've met from my travels in Cambodia and Nicaragua who work tirelessly toward the emancipation and empowerment of women in their own villages.
In the meantime, I'll end by sharing with you some of the staggering numbers from The New York Times Magazine piece. 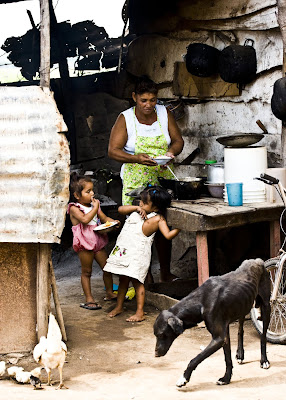 Getting Ready for School
Barrio Esperanza, Nicaragua ©2008 trryan
By The Numbers:
From the August 23, 2009 edition of The New York Times Magazine
-100 Million women and girls are missing around the world because of gender discrimination
-2100 women die in childbirth for every 100,000 live births in Sierra Leone
-5000 women die a year in honor killings, the majority in the Muslim world, according to U.N. estimates
-1 percent of the world's landowners are women
-21 percent of young women surveyed in Ghana reported that their sexual initiation was by rape
-130 Million women around the world have been subjected to genital cutting
-39,000 baby girls died annually in China because parents didn't give the same medical care
-1 bride is burned almost every two hours in India - punishment for an inadequate dowry or to make way for another wife
Posted by TR Ryan

Tim...how unfortunate it is that your piece is so very necessary. You layed out the topic with grace and coupled with your moving photos it is a very powerful treatment.

Hola Tim,
I'm speechless. It is a painful topic, and very close to my heart.
Thank you for posting this, it is a powerful way to spread this message.

I understand once again how important was/is the "secular system" established by Mustafa Kemal Atatürk in my country Turkey. Would I have the chance to become the woman I am today if Atatürk and his team did not replace the Islamic Sharia with a secular constitution and legislation, did not accept the principle of equality of women and men, did not improve womens' rights, did not encourage Turkish women to be present and active in all fields of life? Islamic world needs new pioneers like him to change the mentality, I believe.

TR, this is an amazing post. Thank you for writing it. I have not heard of these writers or this article but I will check it out. I have never heard of bride burning before. Will the atrocities never end? I bet if someone surveyed women in the USA about their initiation to sex it would either be by date rape or sexual abuse as a child and I bet that number would be higher than most people think!

Kudos to you Tim!
Little did I know you would take my link to expand upon the sad topic with hauntingly loving eyes, worn hands, and tender embraces from your photograph archives.

Thank you for your compassion.

Tim,
This is fabulous. I agree with Jim - your treatment is so powerful. You are so talented, and are such a wonderful human being. God has allowed you to travel the world and bring back these pictures to us. That one of the woman combing the little girl's hair is priceless. I have to have a copy. It reminds me of the Super Bridgy. Save for a different time, continent, it would be her.

You are awesome! Thanks for this post. I am pleased to know some of the women who have held up your sky....

Tim, this is great info. It is really timely with the death of the last Kennedy brother. It makes me wonder who will step up to fight for a cause. This also makes my slow drain problem seem meaningless. Robert.

You present a lovely tribute to women here, sad as its reasons may be. The most shocking, to me, of those numbers you list is the last one; it's sickening that in so many places women are still treated simply as possessions and not people in their own right.

It's so discouraging to think of trying to tackle this problem. It's two-fold: trying to change the minds of men who are unwilling to relinquish their positions of power, and trying to change the minds of women who are unwilling to stand up and be mown down, or who are just accepting that things simply are how they are. I have trouble seeing how, as outsiders, we can really be of much help. Why are either group likely to listen to a white man's plea, impassioned as it may be?

I do hope that one day we might achieve equality for women around the globe, but I think it's going to be a long and arduous struggle, an uphill battle all the way. How long ago was it that women were last viewed as possessions (equal rights aside) in Caucasian society? Will it take that long to reform beliefs in these other cultures?

"Half the sky" what a lovely notion and so appropos to this topic. Amazing post, Tim. Thanks for calling attention here.

Thanks for this TR.

I have also encountered the cruelty and deprivation that many women face on my own travels as well.

To change the traditional social, legal and political frameworks that support this systematic abuse of women and girls is a HERculean task that simply must be done.

Major and minor programs are necessary but also needed is individual action on the part of each one of us who has overcome discrimination or who has been lucky enough never to face it.

Your use of the "Half the sky. . ." adage is nothing short of ironic given the hundreds of thousands of missing women and girls that China can claim as part of its human rights legacy.

Your photos were poignant, personal and beautiful - as usual.