Where the Hell is TimTim? 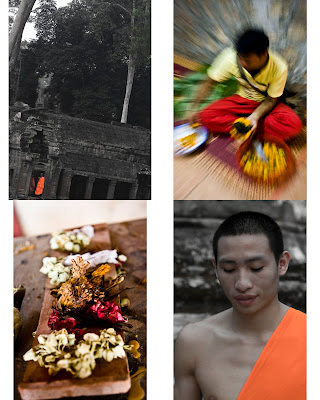 Needless to say, I am playing a little catch up. But Oh! I have I got places to take you and people to show you from my recent travels in Australia, Cambodia, Laos and Thailand. 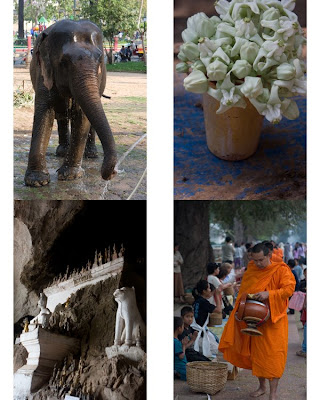 By the weekend I hope to be blogging at the speed of sound and promise to be short on words and long on pictures with a little something every day. I have so much to show you of this magnificent world! But first immediate attention must be given to four-legged friends and expense reports and mail and precious nephews. But I'll be right back to relive the last month.

Now, listen, in the interim there is someone I want you to meet and I need your attention for the next four and half minutes. So minimize your Facebook screens and look this way and meet Matt. Dancing Matt, in the video below.

Matt's claim to fame is that he dances badly and he dances badly all around the world. In early travels he initially had someone video tape him doing a sort of "white-man-can't-dance" dance at every new destination. He posted the videos for the folks back home. They went viral. People from all over the world began to email Matt asking if they could join him in the dance when he came to their parts of the world. A sponsor got involved and the rest is history in the form of this "Where the Hell is Matt" video below.

You can read all the Pulitzer Prize-winning travel-based literature out there - but nothing, nothing conveys the joy of travel and discovering new geographies and meeting people from faraway places like this video. The first time I saw it last fall I weeped with joy like a big ole baby. There is something absolutely magical about this video and its been burning up the blogosphere for sometime now. Dance is an innate, natural response to joy that everyone around the world shares - and this seemingly silly little video captures the rare beauty of our common humanity so perfectly.

I've been waiting for an appropriate time to share it with you (if you haven't already seen it). I have just returned for some of the most intriguing places full of breathtakingly beautiful, graceful, joyful people and it really does make me want to dance. So I guess now is the time.

So here's Dancing Matt, who until I get rested and organized, will show you the absolute joy of travel in nothing more than a bit of bad dancing shared 'round the world. If nothing else, the music is fantastic. Stay with the video as the momentum slowly builds. See if you can't find yourself reflected in the faces of some of these people from all around the world. Make sure to click "watch in HD" button on the panel.


14 months in the making, 42 countries, and a cast of thousands.
Where the Hell is Matt?

TimTim promises to be right back....
Posted by TR Ryan

Email ThisBlogThis!Share to TwitterShare to FacebookShare to Pinterest
Labels: Italy

For some reason that video was one of the most compelling things I've every seen on the internet.
Thanks

Thank you. One happy man bonds with the world through a silly dance. Yes, I could see myself there.

Strange - he reminds me of you, only I'll bet you are a much better dancer...

I love your take on Johnny Cash!

LOL! I hadn't seen that video before and found myself smiling and laughing through it. Very contagious.

I look forward to your upcoming posts.

I have seen this delightful video before but I belive there have been new locations added since I saw it last.

It sings joy and hope to me.

Can't help smiling and laughing while watching that video. Somehow it makes the world seem smaller and people more connected to each other.

Thanks Tim.... the video was so outrageous and silly, but it actually made me get a little tear-eyed. Beautiful.

I look forward to your most recent adventures.
Can't watch the video on dial-up. But have seen some clips that made me smile and laugh.
How can you not be happy when you dance?

I've seen the video before, but it's wonderful to see again and again. Its joy is contagious, isn't it. I'm really looking forward to seeing the world through your eyes in your upcoming posts.

Indeed, this video powerfully conveys the joy of travelling. I have seen this some time ago, and it's great watching it again... Your words made it even more powerful... :)

I will post this video in my site too so that other people from my part of the globe can share in this joy...

I haven't seen this video before. When it started playing it looked like that VISA ad on TV these days. But then I realized that this is much more than an ad. This is hilarious and joy of travelling to so many parts of the world.

I had not seen this until today. I can understand why you would have been so moved. The power of one man - and not a king or a president - to get the world moving in the right direction. This was so cool. Thanks so much for sharing. I'll be passing this along!

Looking foward to reading all about your adventures. Lovely photos as always.

Tim, your life sounds unbelievable and impossible! How do you do it all! I have seen that video and it did make me weep, though I wasn't quite sure why. You have nailed it: joy! Love it! However, don't ask me to do any dancing at New River. I'll prove white women can't dance! How I would love to though, and with joyful abandon!

I think this video is the physical manifestation of your blog. I love it because Matt had to connect in a joyful way with people of every color and stripe in order to make it. He's the richer for it, and so are they. I can't wait to hear about your travels, as I work through a stack of bills and taxes myself. Sooo glad you're home, at least for a while.

Bill sings that Johnny Cash song, but he rarely uses the original lyrics...

Hey TR -
Can you do me a favor? i messed up on the google friends connect thing. i have you on one list and not the other. if you have time, can you join the one labeled "really nice folks" at the bottom of my blog in the righthand column? sorry to bug but I don't want to delete the folks on the one list. thank you!

Thanks for sharing Matt. It somewhat reminded me of a local newspaper back in Canada that would put your picture in it, so long as that picture had you holding their newspaper in exotic locales. *L*
Speaking of which, have you ever seen the Uxmal ruins in the Yukatan? The hubby & I are taking a cruise thataway this May & I was wondering if you had any tips or "do not miss" advice to share.

And I'm wondering why that made me laugh and cry at the same time. Joy, happiness, laughter, dancing are so contagious. Wake up world.

Tim, the first time I saw that video I could not stop crying. It was just after my husband was recovering well enough that I thought he would live. Our lives had become so tightly circumscribed by illness that I never really imagined we'd be able to live big again.

There was something so joyous about Matt's dancing, about the places famous and not so, that it broke through that shell I had placed around my hopes and dreams for the duration of Mike's illness.

I love the videos, all of them. I am inspired by Matt, as I am by you as you travel the world.

I've been getting around the last few years, and plan to get around more. Meanwhile, I've got your pictures and Matt's dancing and I am content.

Hi TR
Great Video. I saw it some a few months ago. Sounds like you are on another epic trip. Can't wait to get the results. I hope you can produce 100 birds species for me for the "1000 birds to see before you die" book that I am writing.

Just smiled and chuckled and felt happy for the past five minutes, apropos of a guy doing a jig around the world. Thank you!!

What kind of job do you have that allows you to travel to 4 countries in such a short span of time? Let me in on the secret...